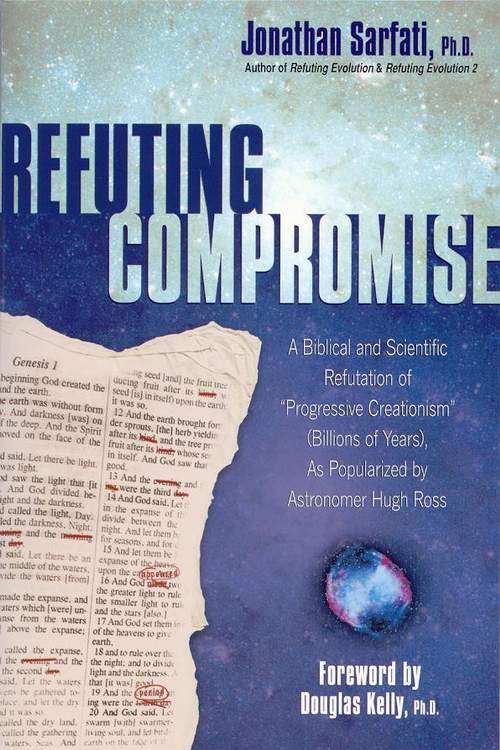 A Biblical and Scientific Refutation of "Progressive Creationism"
(Billions of Years), As Popularized by Astronomer Hugh Ross 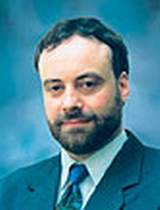 I gratefully acknowledge the valuable specialist assistance of (in alphabetical order):

Don Batten, Ph.D. (plant physiology, researcher into the boundaries of the created kind, editor of The Answers Book)

John Woodmorappe, B.A., M.S. (biologist and geologist, author of Noah’s Ark: A Feasibility Study, Studies in Flood Geology, and The Mythology of Modern Dating Methods); conrtibutor to much of chapter 8

Thanks to Russell Grigg, M.Sc.; Kym Holwerda; and Carl Wieland, M.B., B.S., for proofreading the manuscript.

1. The Authority of Scripture
2. The Days of Creation
3. The History of Interpretation of Genesis 1-11
4. The Order of Creation
5. The Big Bang and Astronomy
6. The Origin of Death and Suffering
7. The Created Kinds
8. The Global Flood and Noah’s Ark
9. The History of Mankind
10. "Biblical" Old-Age Arguments
11. Science and the Young Earth
12. Refuting Old-Earth Arguments

In John Bunyan’s beloved Pilgrim’s Progress, there is a wonderful character, "Mr. Valiant for Truth."  His heart and zeal for God’s truth are like those of Dr. Jonathan Sarfati, whose valor for scriptural truth has never been needed more by the Church than at this hour.

When we consider the foundational importance of Genesis to the whole structure of Christian truth, it is not surprising that the forces of unbelief have generally made their first attacks on this primal doctrine (which shows us who God is, who we are, what our problem is, and God’s solution to that problem). As the humanistic theories of the European Enlightenment gained ever more ground after the 1650s, the intellectual classes of Western society were convinced (by the early 1800s) that the world was vastly older than indicated by the Bible. And by the mid-19th century, Charles Darwin, building on this skepticism concerning the plain teaching of Genesis on earth’s age, was able to go massively further with his theory of mega-evolution.

Dr. Nigel Cameron has shown how quickly theologians and biblical commentators abandoned the traditional interpretation of Genesis in order to be accepted by the burgeoning "scientific" consensus of the late 19th and early 20th centuries. (Actually, there was far more resistance to an ancient age of the world and to organic evolution from several geologists and scientists than from theologians, but the culture already had it mind made up; empirical arguments were ignored or discounted.)

The reign of evolution/long-age theory was a major factor in turning Western culture from Christianity to naturalistic humanism in the first half of the 20th century.  Most of the churches did not really escape this evolutionary world view.  "Higher critical" theories of Scripture assumed evolutionary development and negated supernatural revelation, shredding the normal understanding of biblical truth-claims.  Because so many ministers and priests were educated in Christian institutions that nearly always (in the event of conflict) accommodated the Bible to current "scientific" claims, rather than such claims to the Bible, the church was enfeebled.  And it was largely unable to offer a viable alternative to the evolutionary humanism which eviscerated traditional Christianity at its Genesis roots. (Part of my own higher education was in one such institution.)

But we have seen substantial changes since the birth of the modern creationist movement in the early 1960s. Hundreds of professional scientists in many different fields have "come on board" over the last 40 years, and the numbers who accept the Genesis paradigm of creation, as opposed to evolution/long ages, show no sign of abatement. Such a scientist is Dr. Jonathan Sarfati, whom I had the pleasure of meeting some years ago in Australia.

Even though evolutionary theory has been wounded far more severely than it likes to admit by the empirical pressure brought  against it these last decades, many true Christians are still uneasy over taking a clear stand.  Especially is this the case with the conflict between the two paradigms on the age of the earth.

But if we accept parts of Genesis (for example, God is the absolute intelligent Designer), but deny other parts (such as the entrance of struggle, decay, and death through the sin of Adam, as well as the time value of the biblical genealogies), we are like a man trying to stand firm with each foot on different rowboats going down a churning river.  And if we go against the plain teaching of the Bible in one area, then how can we seriously ask others to accept the parts that are currently acceptable to us?

This is why I deem Jonathan Sarfati’s Refuting Evolution to be of such pivotal importance for overcoming the present confusion on Genesis and science among many Christians who wish to expound faithfully and intelligibly the scriptural texts. I think what he has accomplished in this truth-packed (yet understandable) volume is to take us a long step further in supplanting the failed evolutionary/long-age paradigm by the one taught in Scripture.

In order to achieve this, Dr. Sarfati has had to critique fellow Christians, who feel that scientific facts (as on the ancient age of the cosmos) force them to pick and choose from both competing paradigms. This has led some of them to very arcane interpretations of Genesis, whereby the plain meaning as it has always been understood by the Church has been turned upside-down to fit assumptions in the evolutionary paradigm (for instance, they deny that sin brought death to the entire cosmos). Dr. Sarfati does not for a moment wish to deny their sincerity, character, or faith.  I join him in the hope that this book ("straight" though it is) will lead to frank but charitable debates over competing interpretations.

Dr. Sarfati calls on Christian scholars to work gladly within a framework that presupposes the truth of God’s written Word, to use their reason ministerially, and to know carefully the differenc between empirical facts of operational science and the speculative claims of origins science.  With all of this in mind, he tackles head-on the remaining differences between creationist scientists and those who feel it necessary to accept major parts of the evolutionary framework, and thereby re-interpret the plain teaching of Scripture accordingly.

Dr. Sarfati’s "valor for truth" shines brightly as, with crystal clarity, he works through the often convoluted arguments of those opposed to a plain reading of Genesis in both the scriptural and scientific arenas.

A distinguished professor of Princeton (then Westminster), Dr. Robert Dick Wislon, said (in the context of Old Testament criticism): "I have not avoided the hard questions."  This painstaking, luminous, and valiant volume will show that this is also true of Dr. Jonathan Sarfati. His work provides some of the most convincing answers I have so far seen.

Jonathan received his B.Sc. (hons) in Chemistry and his Ph.D. (Physical Chemistry) from Victoria University of Wellington, New Zealand. He has co-authored papers in mainstream scientific journals including one on high-temperature superconductors published in Nature when he was 22 years old.

He has long been interested in apologetics, and was a co-founder of the Wellington Christian Apologetics Society (New Zealand). His first book Refuting Evolution was written to counter a teachers guidebook by the National Academy of Sciences (USA), Teaching about Evolution and the Nature of Science. It now has over 400,000 copies in print. He later wrote Refuting Evolution 2 and the highly acclaimed Refuting Compromise, both as responses to attacks on the biblical view of history, plus the booklet Mammoth: Riddle of the Ice Age. Jonathan is co-author of the updated Answers Book, 15 Reasons to Take Genesis as History and the booklet Why is there Death and Suffering?

He works full-time for Creation Ministries International in Brisbane, Australia where he is a co-editor of Creation magazine and also writes and reviews articles for the in-depth, peer-reviewed Journal of Creation (formerly TJ), as well as being active in speaking ministry.

Jonathan is also an accomplished chess player and is a former New Zealand Chess Champion, representing New Zealand in three Chess Olympiads (and drew with Boris Spassky, world champion 1969-1972). In 1988, the International Chess Federation awarded him the title of F.I.D.E. Master (FM).  For the fun of it, he regularly accepts challenges from multiple players while he is blindfolded. He then plays from memory with up to 12 players simultaneously.

Foreword, Table of Contents, About the Author, front cover and back cover images of Refuting Compromise are Copyrighted ©  2004 by Jonathan Sarfati.  All Rights Reserved.